Working on Water Projects in Cliza and Islas Malvinas 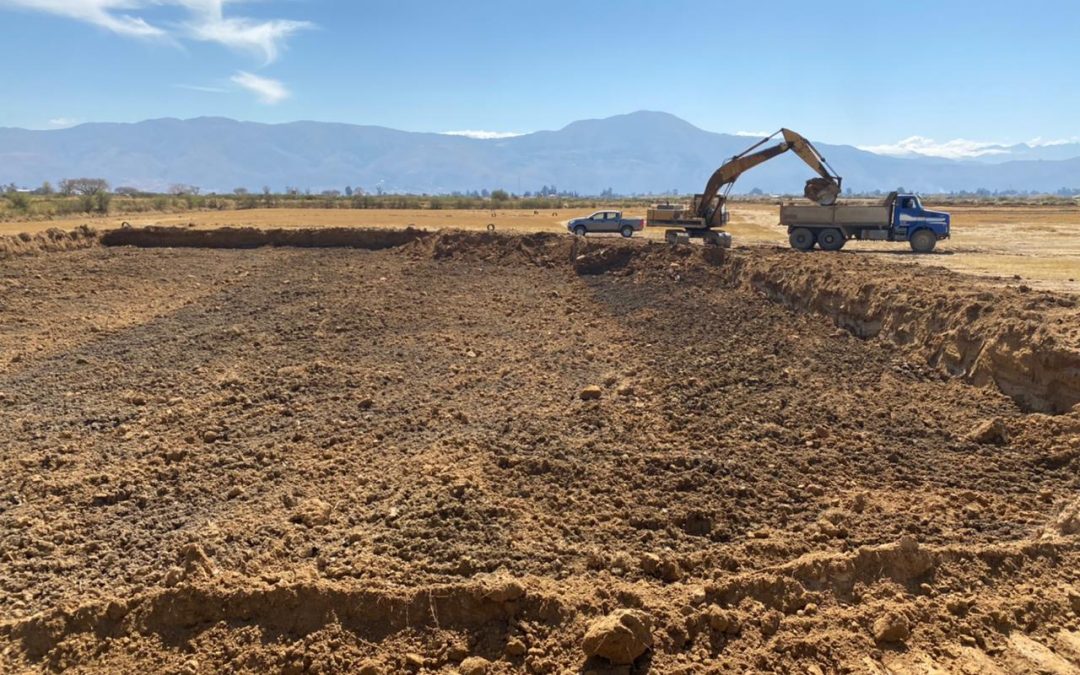 Mano a Mano initiated work on a deep well in the Cementerio section of Cliza, Bolivia in late July, hoping to locate water for the area’s 1,000 families within a couple of weeks. But every project brings unique challenges, and so did this one. We initially began drilling the planned well on the first site selected by Cliza residents, in consultation with the Mano a Mano engineer. Unfortunately, land ownership questions arose, signaling potential future problems. Community residents lost no time in selecting an alternative site in a nearby section of Cliza called Waca Playa (field where cattle are auctioned). 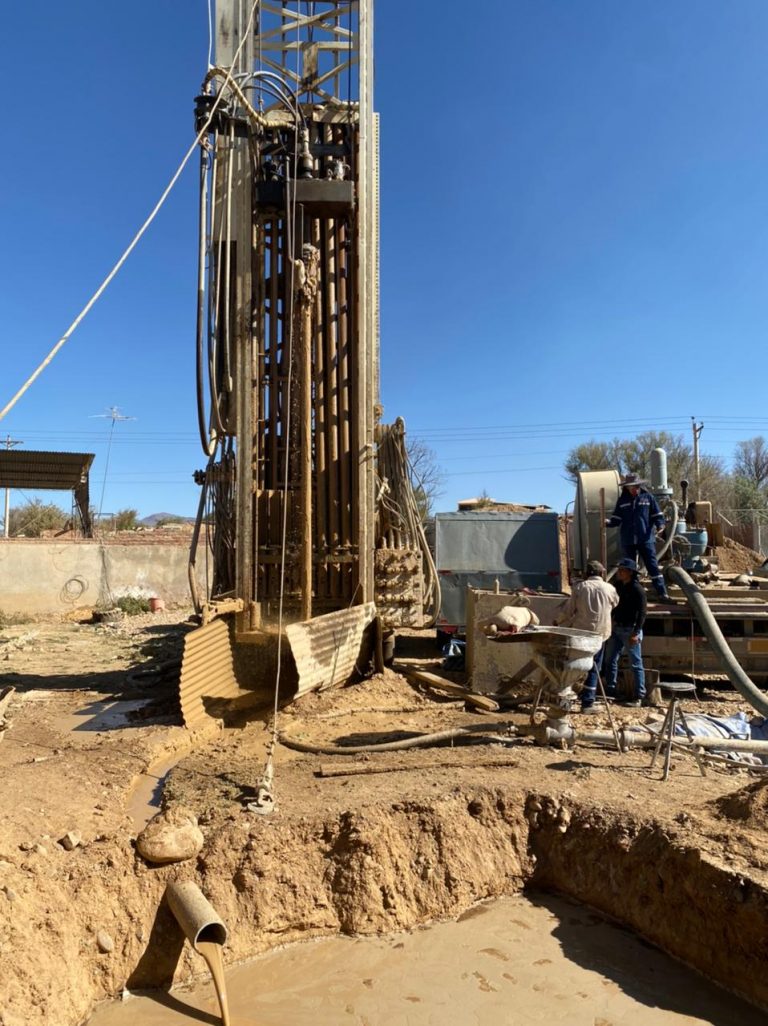 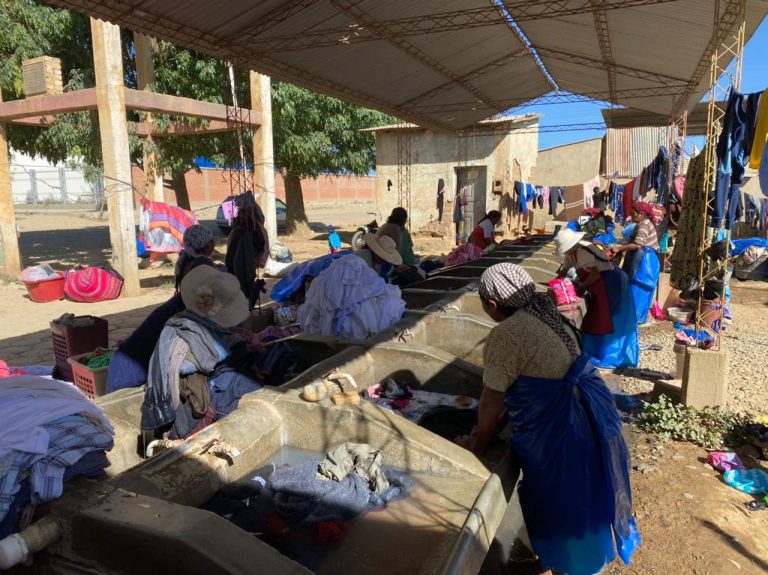 The new location for the well site is more centrally located and it is right next to the community laundry facility built by the municipality of Cliza.

Shortly after drilling began, another challenge appeared. The drill’s alternator support broke, a problem which can create several day’s delay. Undeterred, mechanic Edgar analyzed the brake and repaired it on site with our portable welder. The well has now reached the desired depth of 85 meters (279 feet). It accesses an abundant supply of clean, fresh water that lies deep under the Andes Mountains. When the Mano a Mano engineer tested the water, he and the eagerly waiting residents declared it to be just right, dulce (sweet) with no hint of salt which lies within rock structures at greater depth.

Our next step – expand the bore hole to 10 inches to guarantee that the well will yield about 1.5 gallons of water per second. Soon, Cliza’s Waca Playa well will provide clean, safe drinking and gardening water for its 1,000 families. 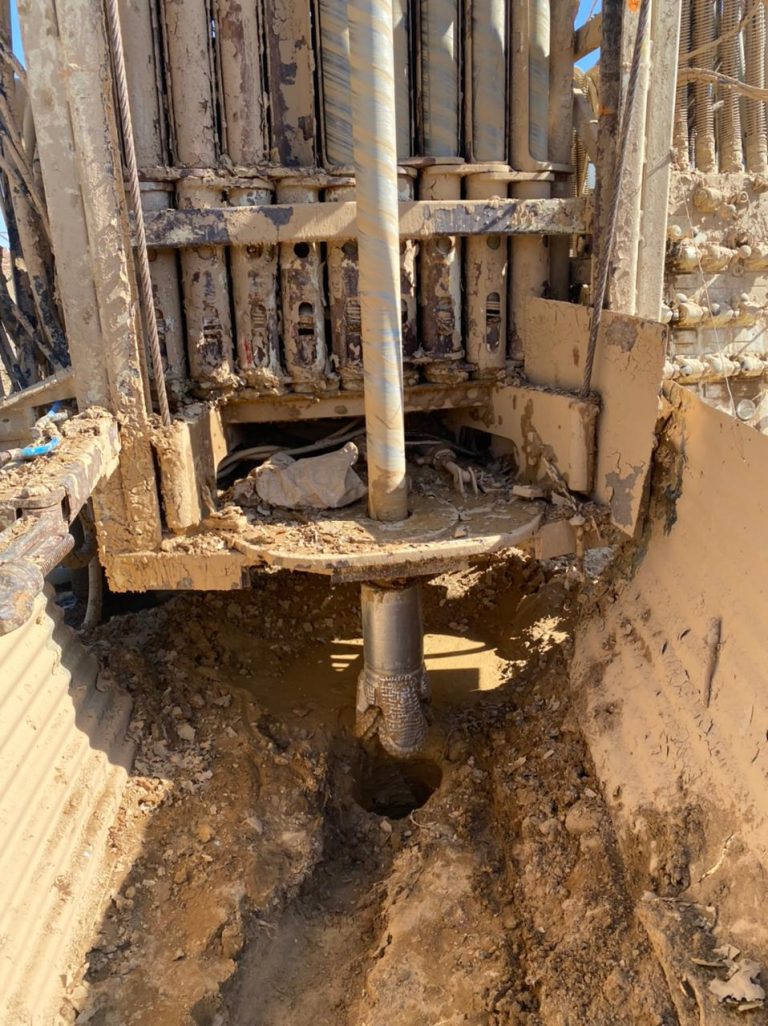 Drilling the bore in Cliza, August 2022.

The community of Islas Malvinas (translates to Malvinas Islands) lies on low ground near Laguna Sulti, Bolivia. Its land is close to the site of our recently expanded water reservoir and the runway to which our aviation program will be relocated in 2023. (Watch the video below to learn more about these projects.)

During the runway construction process, Mano a Mano has been able to create a win-win situation. Building the extended runway bed will require tons of dirt. Rows of dirt excavated from open land in the heart of Islas Malvinas are now being transported, truck by truck, to the runway site. A portion of this dirt will also be used to build a levee wall for a water reservoir around Islas Malvinas’ low-lying land. 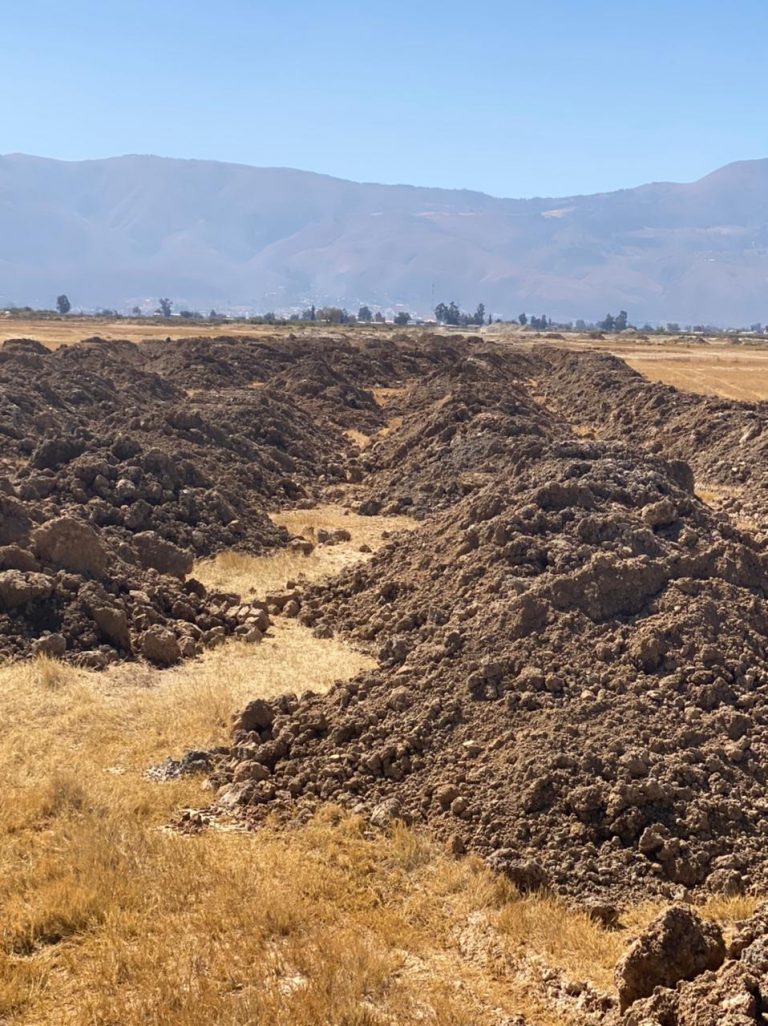 Dirt from Islas Malvinas being moved for Mano a Mano’s airport project in Laguna Sulti.

This wall surrounds the excavated area that will collect water from seasonal rains, creating a reservoir which will hold water that would otherwise flood the homes of Islas Malvinas’ 100 families. The reservoir water will irrigate neighboring fields during the dry season. Having seen the results of the nearby Laguna Sulti reservoir and the success of its community celebration in June, the residents of Islas Malvinas decided to establish a yearly celebration in their village, held on August 13 this year. 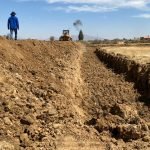 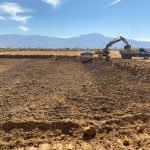 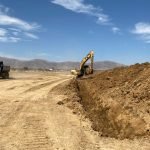 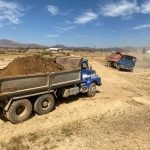 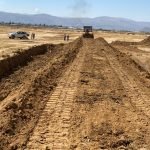 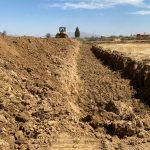 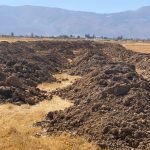 Dirt from Islas Malvinas being moved for Mano a Mano’s airport project in Laguna Sulti. 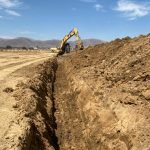 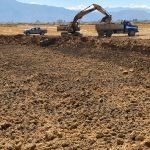 The mayor of the Cliza municipality spoke to the large celebration crowd, thanking Mano a Mano for building the levee.

One of Islas Malvinas’ longtime residents (speaking Quechua) tells us that villagers changed the name of their home town because flood waters had covered most of its land during the rains; only patches of land were visible above the water, like islands in a lake. Last year she had to walk through waist-deep water to get into her adobe house. Crops were washed away. “I had to walk through water to get to my bed and jump out of bed into water in the morning. I carried my children on my back to keep them out of the water and went to another village to live with my sister. The levee will make a big difference to us.”

Having seen so many residents in need of canes, crutches, or wheelchairs in Islas Malvinas and the surrounding area, Mano a Mano distributed mobility equipment sent from Minnesota. 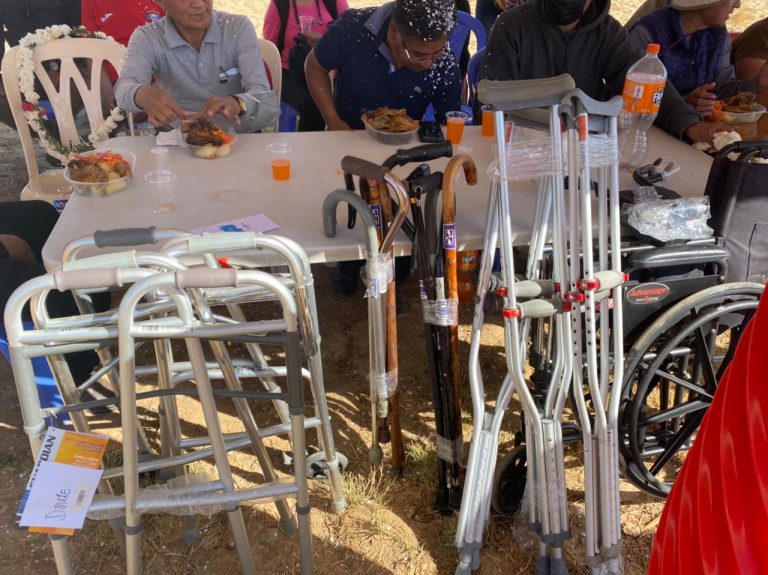 Mobility equipment donated by Mano a Mano during the Islas Malvinas celebration.

Islas Malvinas residents look forward to an annual celebration of harvested crops that will feed their families, homes that are protected from flooding, and safe outdoor spaces for their children.