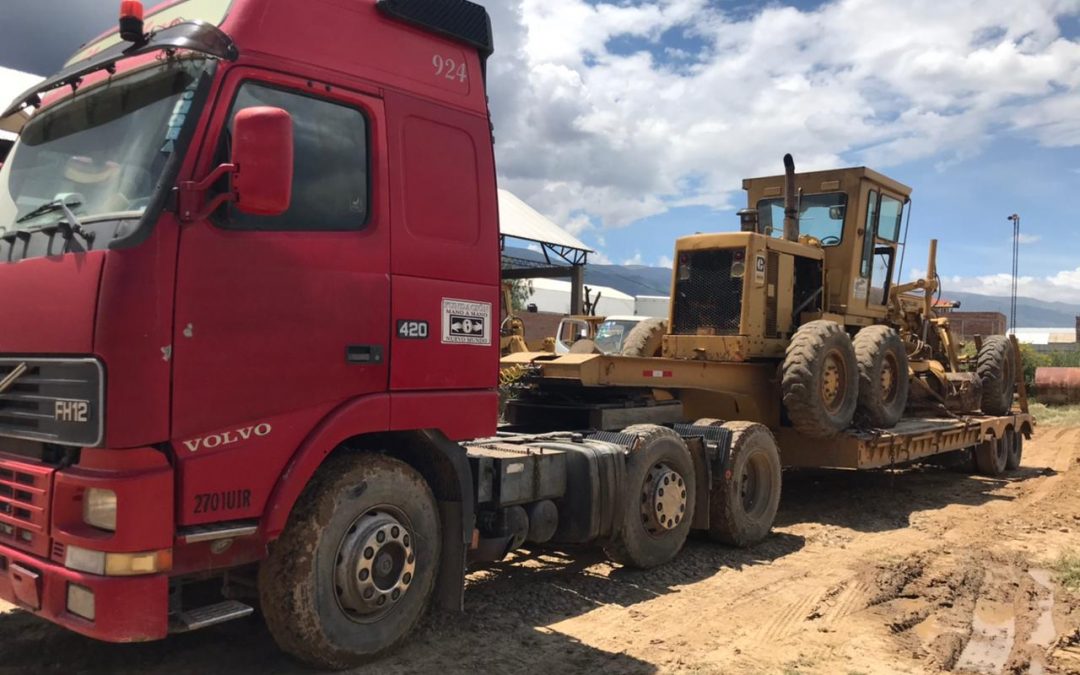 Editor’s Note: This is a guest post by Tony Schmitz (thanks Tony!)

A plane swoops out of the sky, onto the runway on a plateau high above the village of Toro Toro. The pilot climbs out, followed maybe by a team of visiting doctors or dentists. Or perhaps it’s a delivery of medical supplies.

Even without thinking about it deeply, the logistics seems complicated — getting the plane, the pilot, the medical staff and supplies coordinated and in the same place at the same time..

But there’s much more to it than that, as one of Mano a Mano’s recent projects demonstrates. For any of this to work at all, you need a runway on which the plane can land. And that involves an almost unimaginable amount of work.

The runway at Toro Toro was becoming less and less usable as water poured off the nearby hillside and washed over the landing strip, leaving gullies and exposed rock on what should have been a level surface.

The solution: Transport a fleet of construction equipment from Cochabamba to Toro Toro, usually a four-hour trip of about 130 kilometers. But this wasn’t the usual. The road was being expanded from two lanes to four lanes. Meaning that the Mano a Mano crew could look forward to an eight-hour journey via back roads and in some instances river beds to reach their destination.

But before the crew — Mano a Mano Nuevo Mundo stalwarts Juan Jimenez, Rene Rios, Carlos Vargas and Edgar Garcia — could start thinking about the drive itself, there was the need to get all the equipment in top shape. If parts broke under the strain of a heavy earth-moving project, the problem wouldn’t be solved by a quick trip to the parts store. Most likely the solution would be ordering a part from a dealership in Santa Cruz, which would in turn get it from a vendor in the United States. Weeks would disappear in the process. 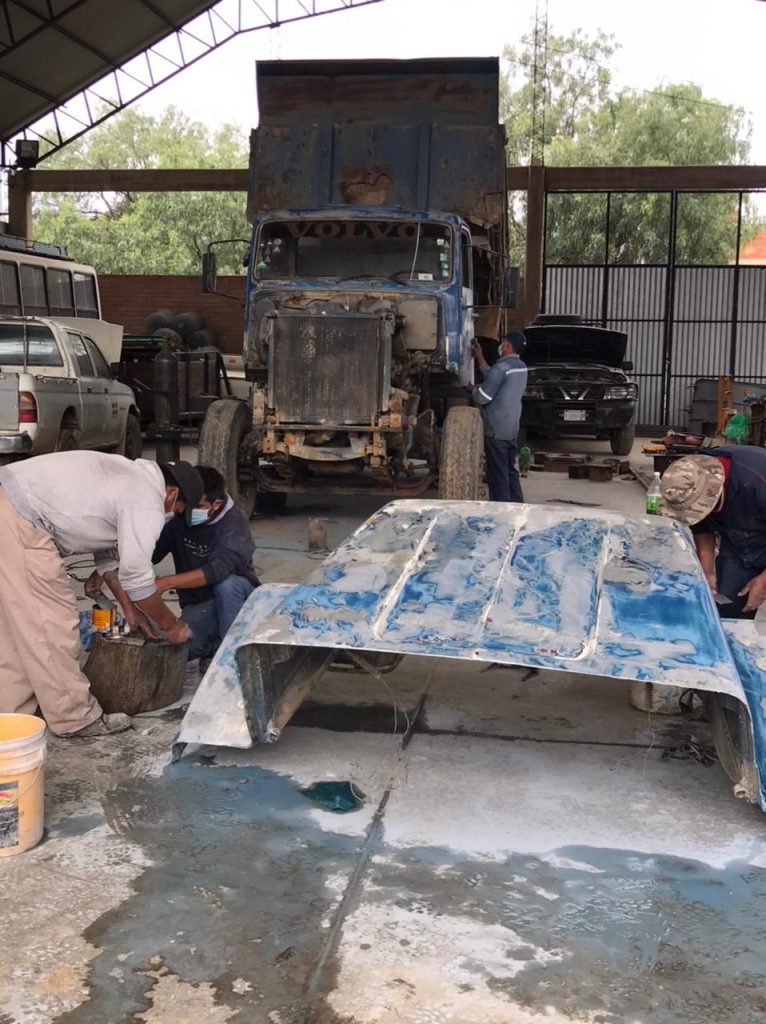 Mano a Mano staff making repairs to get our equipment ready for the Toro Toro project. 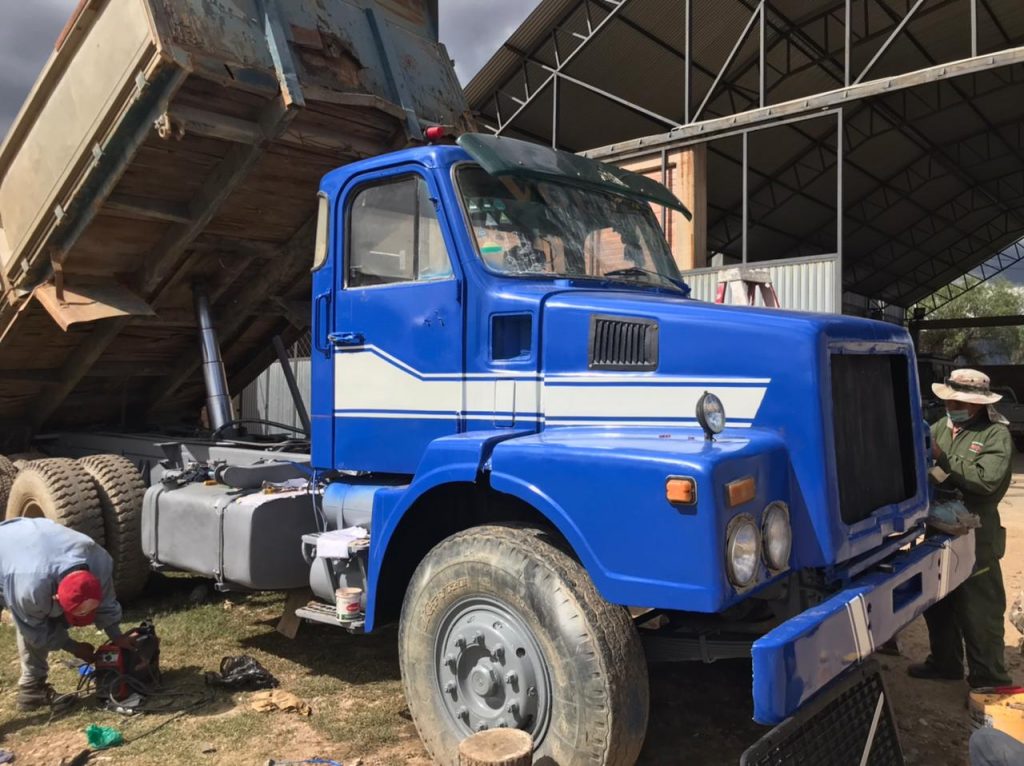 So the Mano a Mano crew looked at their collection of necessary tools — an excavator, a front end loader, dump trucks, water tanks, a compactor, a grader, trailers and the semi-trailer tractors — and went over them with a fine comb. In their shop, they could find the questionable parts and rebuild them with their traditional knack for using and reusing. They started the work around Christmas. By early March, they were ready to hit the road with the first load of machinery.

After an arduous drive they arrived at Toro Toro. Their troubles weren’t over. The village is tucked in a valley. The runway is an 18-kilometer trip on switchbacks that rake the side of a mountain, offering nail-biting opportunities for drivers moving big trucks hauling massive equipment.

With the first batch of equipment moved, Mano a Mano’s crew could look down upon Toro Toro and start contemplating their next step — returning to Cochabamba for the next load of gear.

The long, winding road down to the village, they knew, would be one with which they would be deeply familiar by the time the project was finished. The fill they would use to rebuild the runway surface would come from the riverbed at the bottom of the hill. Before the job was over, they’d make that trip hundreds of times. 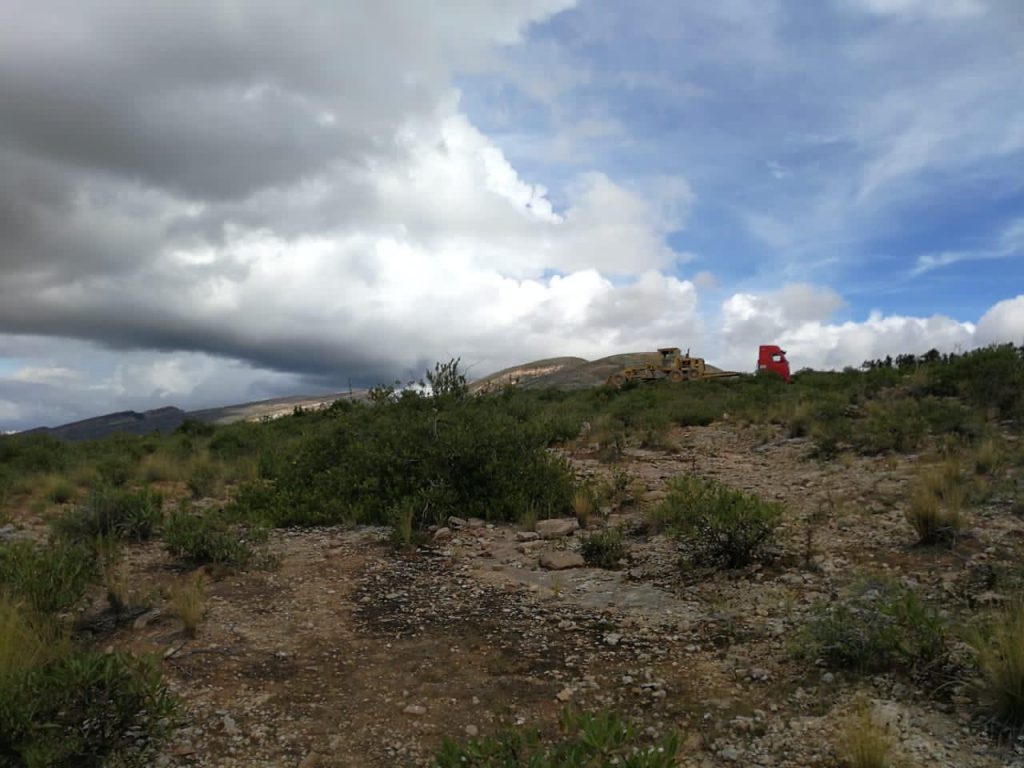 Navigating Mano a Mano’s heavy equipment to Toro Toro. This process is never easy; en route one of the trucks broke down and is awaiting repairs.

“This is just an incredible amount of work and dedication on the part of these workers,” says Mano a Mano co-founder Segundo Velasquez. “You look at the conditions under which they’re working and all you can think is, in comparison, we’ve got it made. Everything is so easy for us.”

“This is also a perfect example of how all the parts of Mano a Mano work together. The construction supports aviation, which supports medical care. It’s all interwoven. And in the end it creates opportunities for the people of Bolivia to help themselves.”

Postscript: In late March another contingent of Mano workers set off for Toro Toro again, this time with five trucks loaded with equipment, materials, more workers, a cook and food supplies, including a flock of live chickens. The work to complete the runway, says Segundo, is scheduled to be finished by end of June 2021.

Mano a Mano Projects in 2020: Working Around the Pandemic

2020 was a very difficult year, but despite the challenges Mano a Mano continued with our mission of creating partnerships with impoverished Bolivian communities to improve health and increase economic well-being. Learn more about each of our major programs and its work last year at the links below: