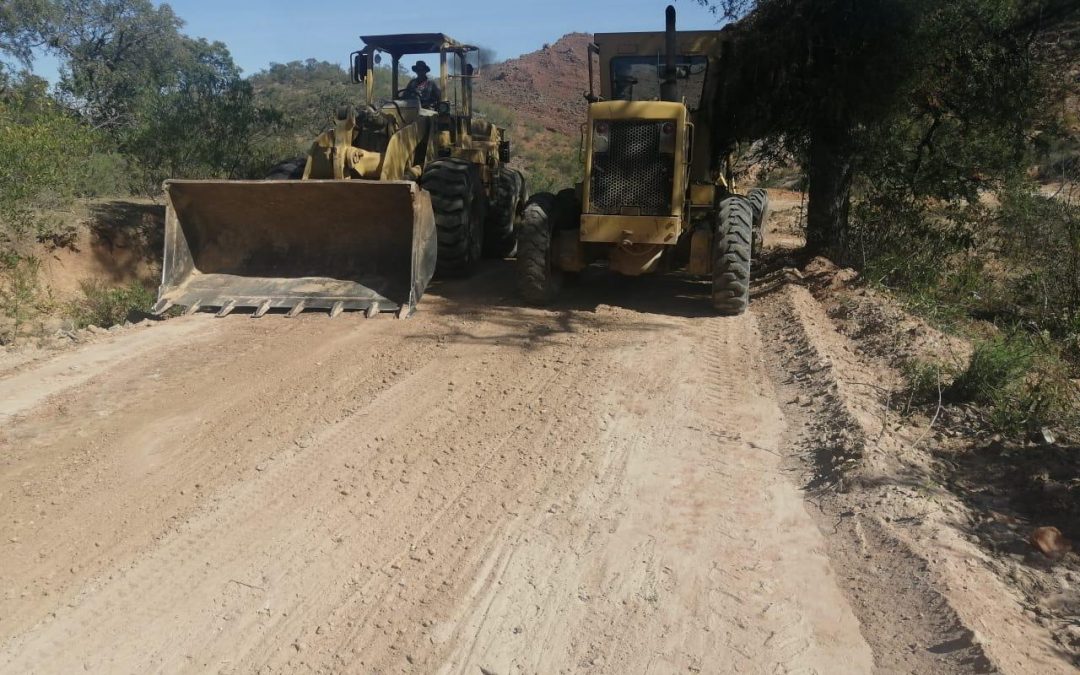 2020 was a very difficult year, but despite the challenges Mano a Mano continued with our mission of creating partnerships with impoverished Bolivian communities to improve health and increase economic well-being. Over the next few weeks we will be sharing reports on each of our major programs and its work last year.

Road Building Continued in 2020 in Spite of COVID 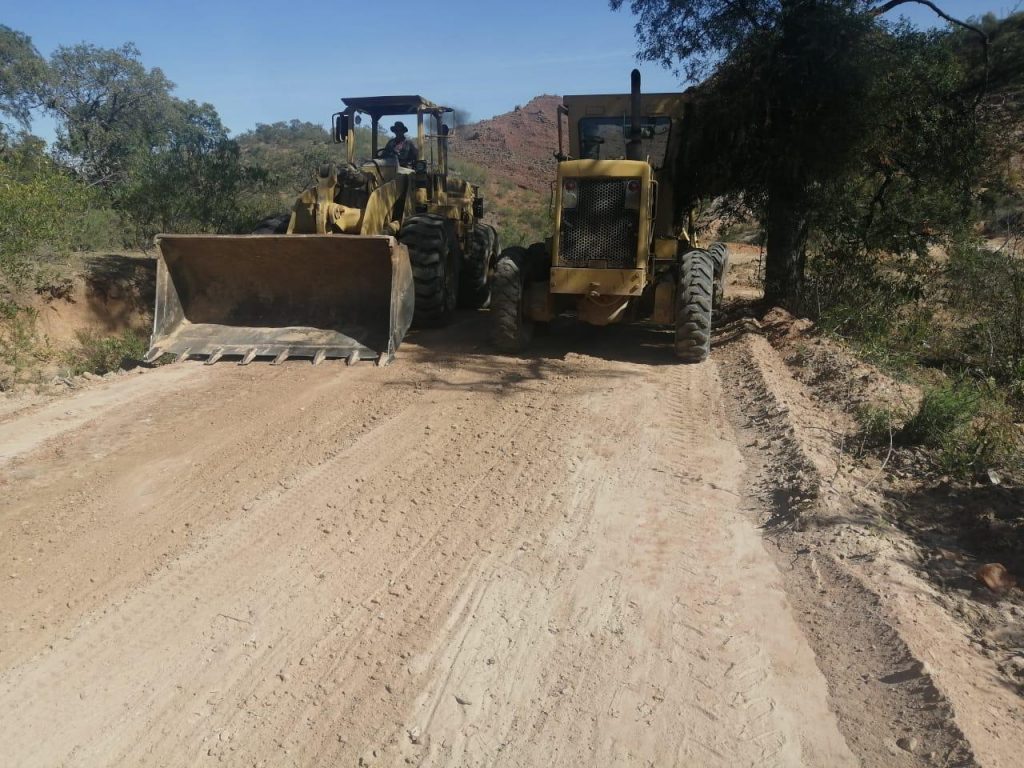 Our counterpart organization Mano a Mano Nuevo Mundo’s machine operators and mechanics were already building a set of arterial roads in the expansive Andean municipality of Omereque when the pandemic struck in March 2020. Our personnel live at their project sites for months at a time, sometimes in tents, at other times in a shipping container re-purposed as a cabin. Remaining on the job in Omereque was their safest option. 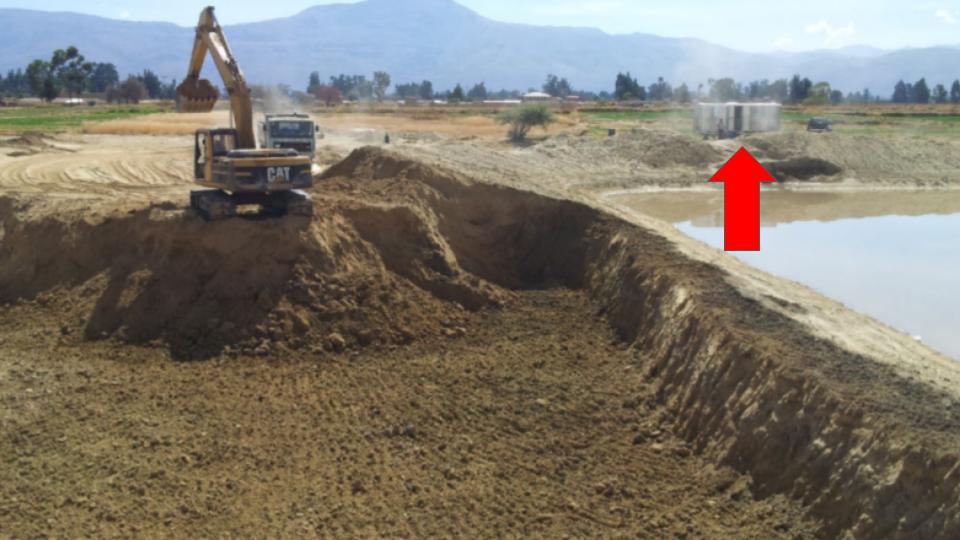 Nuevo Mundo staff using a container sent from Minnesota as mobile housing on a construction site expanding a water reservoir in Laguna Sulti in 2020.

Initially, the partnership agreement involved constructing 19 miles of solid gravel roads that would connect several of Omereque’s 67 towns to each other, reducing a several-hour donkey ride through difficult mountain terrain to a brief truck trip. When asked why the road was so important, farmers responded, “A donkey can carry only 6-8 watermelons on its back; when the donkey’s loaded, I have to walk. Together, neighbors can hire a truck to carry hundreds of melons and stop to sell them at open markets in every town along the way or continue on to the city.” 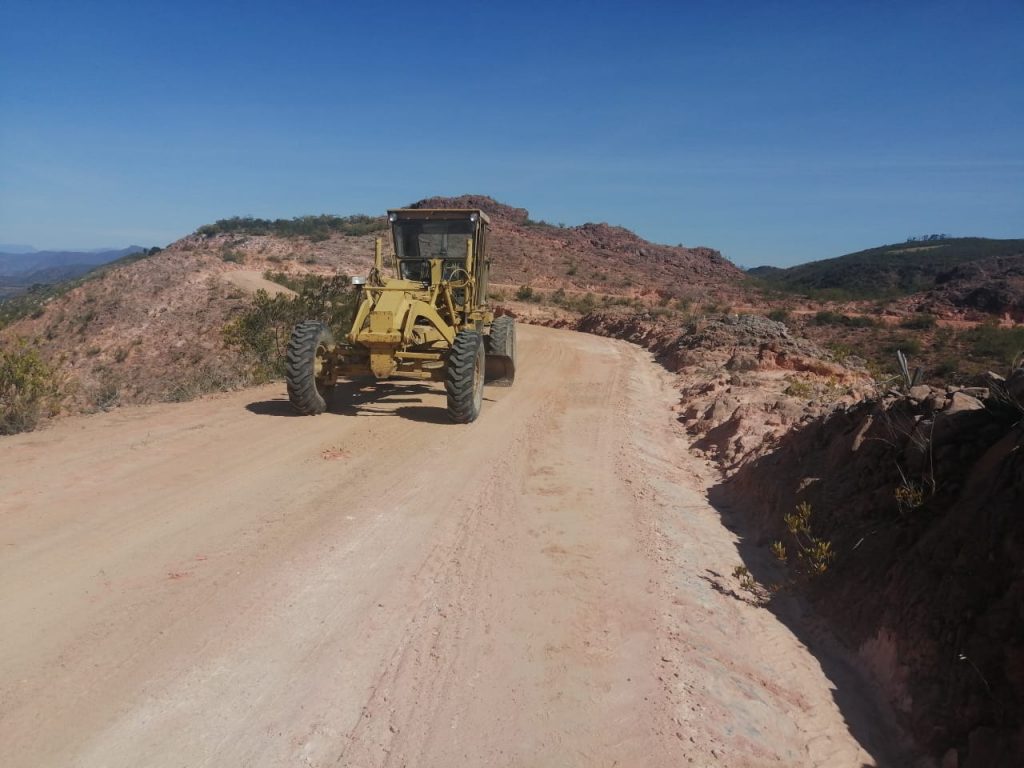 Farmers from throughout this sprawling municipality, with a population of about 75,000, heard that Mano a Mano was working in distant sections of the region. They brought forth more requests until this became a 186-mile project. It was completed in December, in time for our staff to return home for the holidays.

Toro Toro Airstrip Designed, Then Delayed Due to COVID

Mano a Mano’s Aviation Program offers private-pay flights to individuals and businesses in Bolivia to raise funds and subsidize our emergency rescue and weekend clinic programs. Bolivia’s geographic diversity and vast array of natural wonders led us to consider initiating regularly scheduled flights to tourist attractions. A request from Toro Toro’s mayor to repair its damaged runway and fly tourists into the area presented the right opportunity. 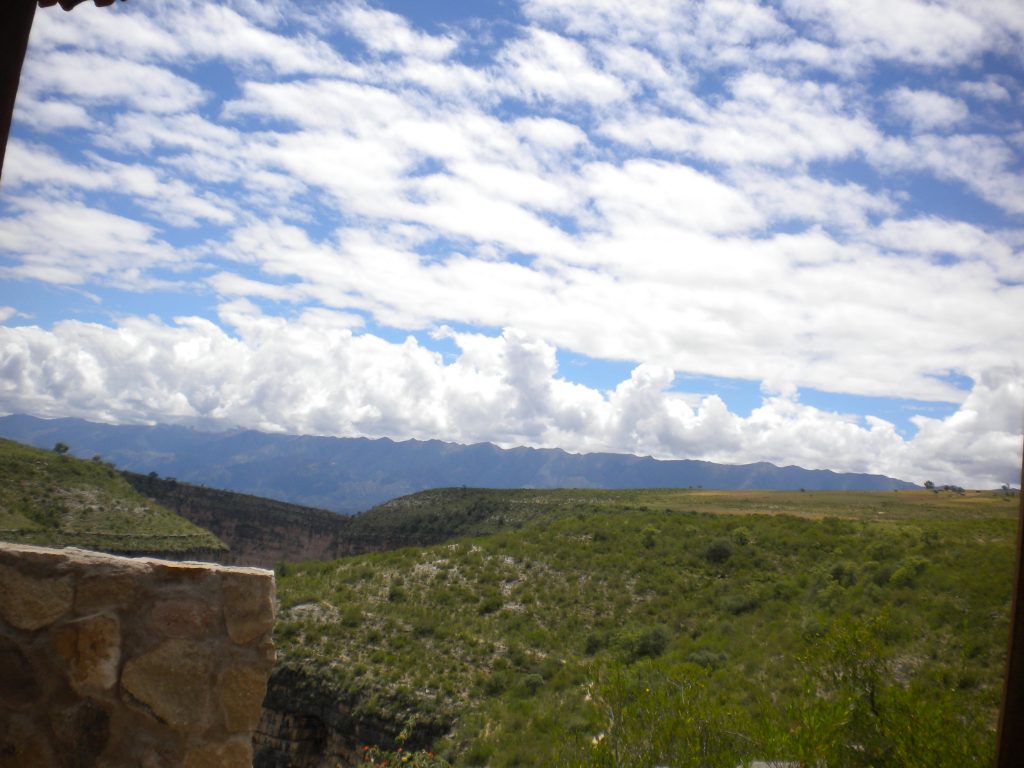 Toro Toro is well known for its fossilized dinosaur tracks, a significant attraction in Bolivia. We completed the challenging design and plan for the runway re-do, but COVID created two insurmountable challenges in 2020: we were not allowed to send personnel into this community and, during most of the year, flying for non-COVID reasons was prohibited. We expect to complete the runway in February this year. 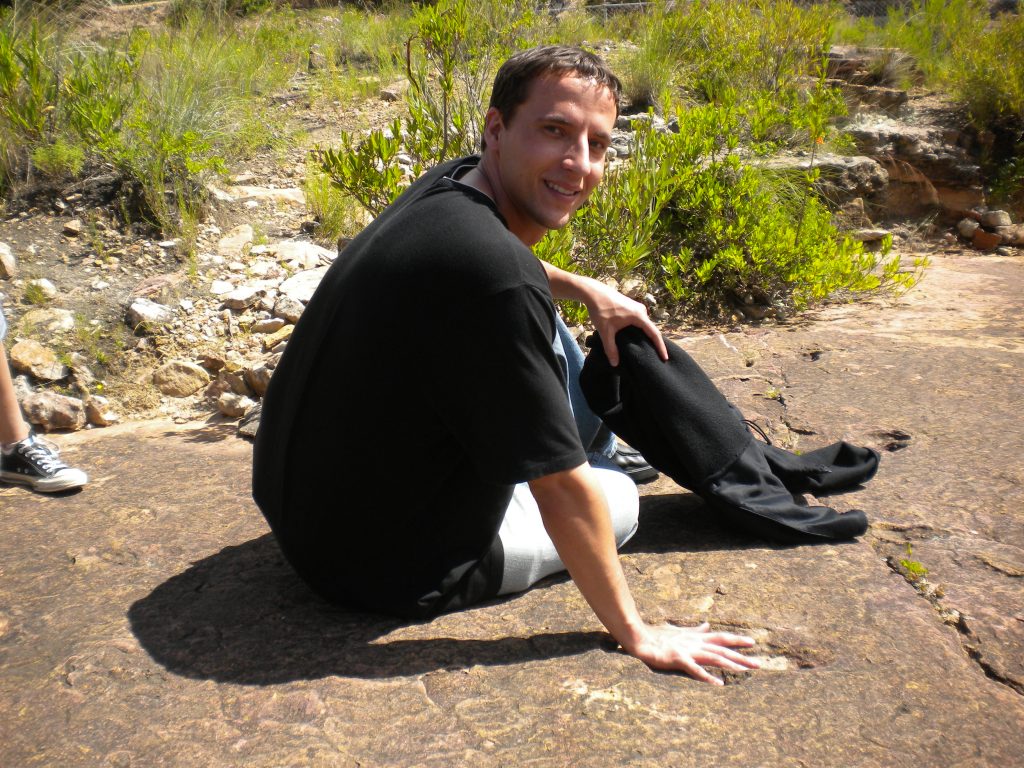 Mano a Mano Executive Director Nate Knatterud-Hubinger checking out the dinosaur tracks at Toro Toro during a trip in 2010. 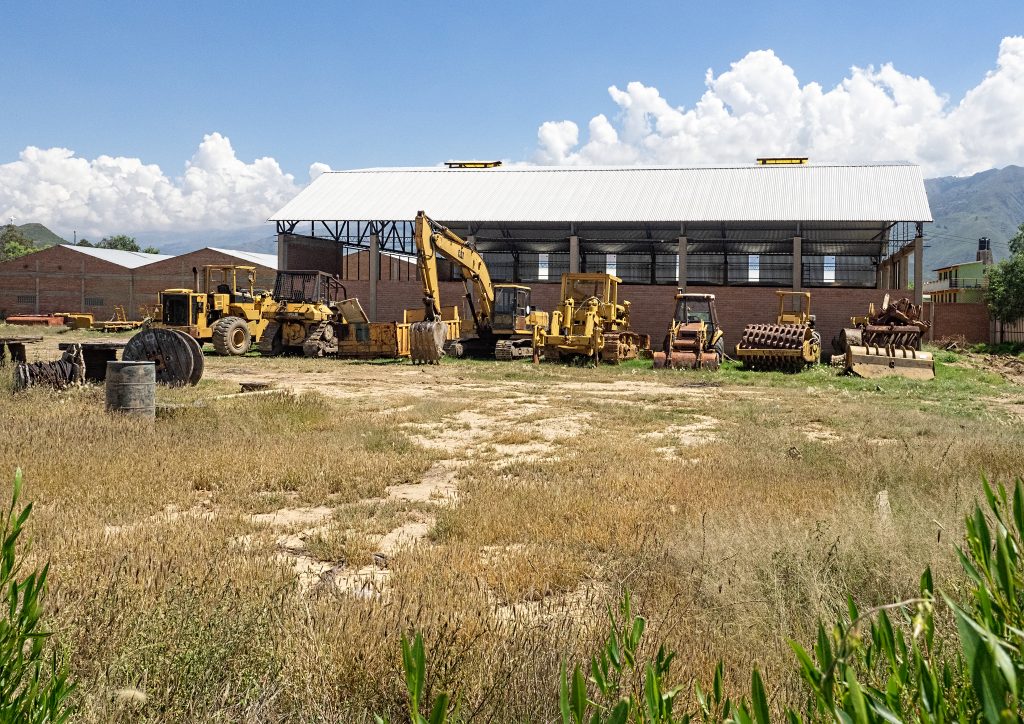 The numbers of heavy machines being sold and made available for construction in Bolivia increased dramatically during the past 5-10 years, expanding the demand for trained personnel. As the demand increased, Nuevo Mundo found it more and more difficult to locate and retain its needed staffing of machine operators and mechanics. Mano a Mano initiated our own formal training program in 2018 in response to this challenge. In addition, this program addresses our service mission by training young people who had little or no access to education beyond high school. While other Mano a Mano training programs were suspended during the pandemic, Nuevo Mundo continued to train heavy machine mechanics/operators. To comply with COVID restrictions, students lived at Nuevo Mundo’s Cochabamba machine shop and then on actual project sites.

This six-month program accepts 5 students yearly. Nuevo Mundo staff teach these students about the capacity and limitations of each of the machines and vehicles it owns; the physics of how to control the machines’ power and functions; and how to operate each machine in the geographical context of our projects, first in the classroom and then through several hours of hands-on training daily on actual projects. Students receive ½ of a regular salary until they graduate from the program. All 15 graduates were hired as permanent Nuevo Mundo employees. Over time, 5 have moved on to jobs with higher salaries or are closer to their homes. 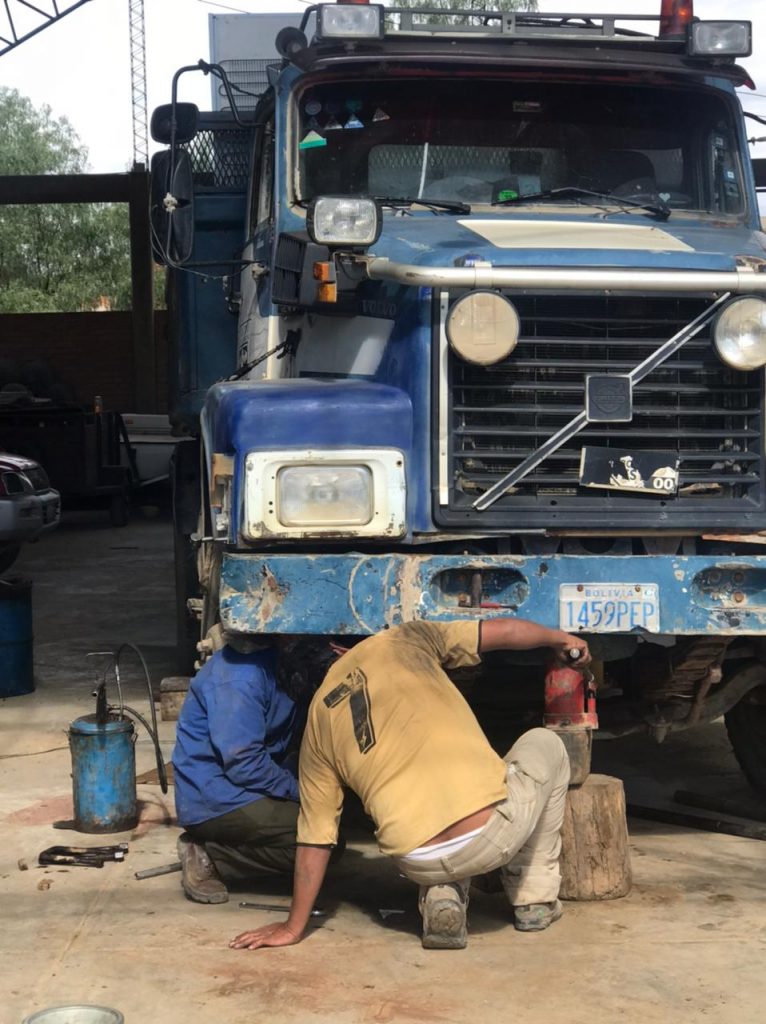 24-year-old student Walter Rios (wearing shirt #7 in the picture above) grew up in a small tribal community in Bolivia’s Amazon basin. He says, “No one from my background would ever have the opportunity to touch such a machine. Mano a Mano gave me the chance of a lifetime. I hope to work here for the rest of my life.” His trainer is long-time Mano a Mano employee Pastor Soria Flores.

As Nuevo Mundo personnel worked on the Laguna Sulti reservoir, they noted that the water flow from one of the area rivers diminished every year. They learned from local residents that rapid mountain currents had deposited rock and gravel at the mouth of the river and dispersed the water over many distant hectares, eroding new gullies and diverting water from the river.

Farmers asked Nuevo Mundo to help dredge the river’s mouth so water could flow easily along its original path. Over 200 people took part to work alongside our machines; the dredging project was completed within a week. Several farmers said that the large land-holders from previous decades took responsibility for cleaning the mouth of the river every spring, but since their lands had been divided the river had become no one’s responsibility. Once they finished dredging, these farmers made a commitment that their sindicat would clear the river’s mouth every year so the blockage wouldn’t happen again. They estimated that 10,000 people benefited from their dredging work. 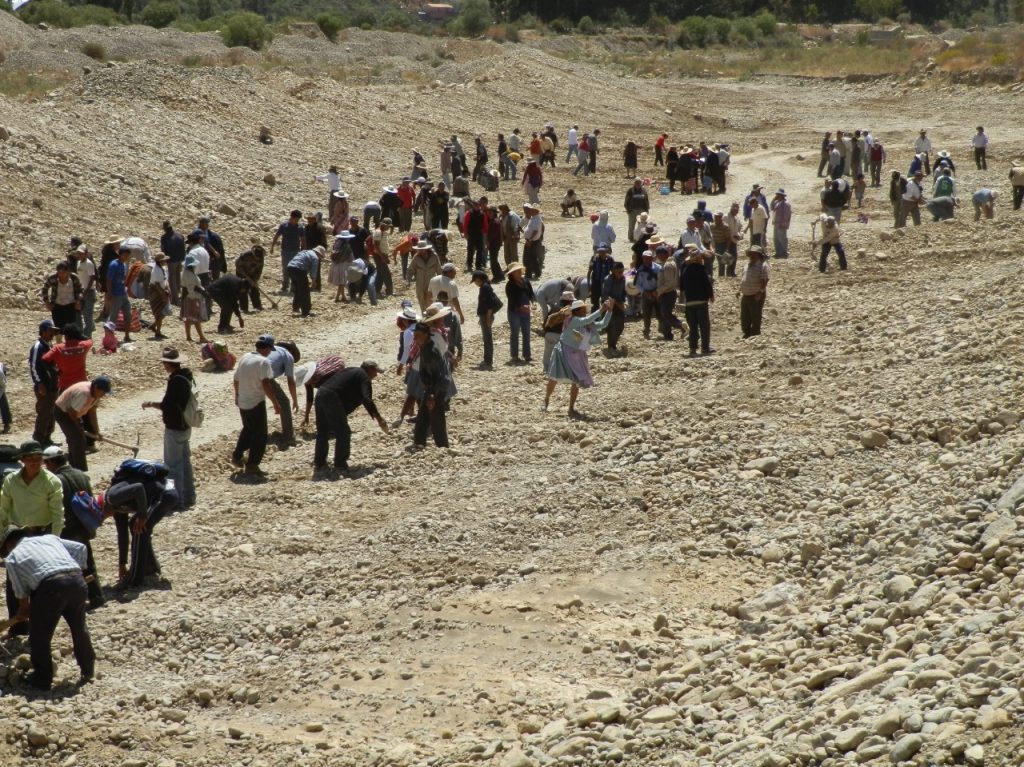 Over 200 people took part to work alongside our machines; the dredging project was completed within a week.