Mano a Mano’s aviation program transported 66 Bolivians to emergency care in the month of July. 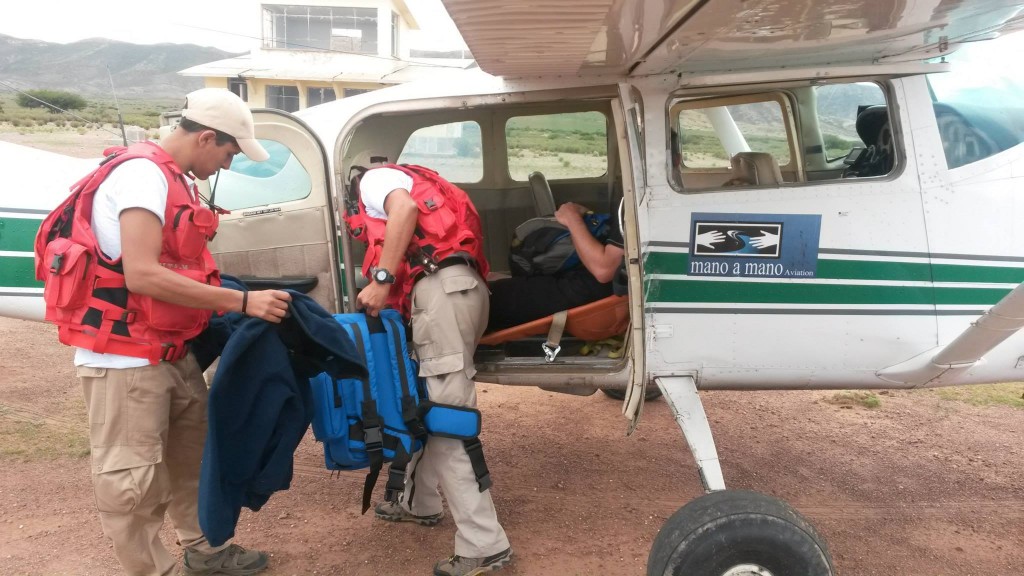 Emergency flight with Mano a Mano earlier from this year.

Emergency Flight to Oromomo for a Premature Birth

One of the 66 people flown to emergency care last month was an 18-year-old woman with a premature baby.

Because we have the Navajo airplane we could respond quickly to an emergency of a premature birth in the tropical community of Oromomo.

A call came in late in the afternoon, 3:30 pm (too late to fly out and return before dusk with the Cessna 206). Because we have the Navajo, the pilots were in the air at 4:10 pm. Half an hour later they were picking up an 18-year-old woman with a premature baby.  The pilots returned to Cochabamba minutes before dusk with a crying baby and a new mom, relieved that they were heading to a city hospital. Both mom and baby are doing well and getting stronger in the hospital.

We are so happy that a fast airplane was available.  We were told that the baby would have never made it if we had to wait through the night for the flight.

Here are just a few of our emergency flights in recent years: