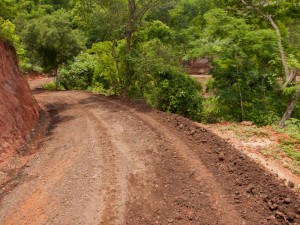 Mano a Mano has recently been working on a road in the municipality of Culpina, department of Chuquisaca, Bolivia.

The road project  is completed to about kilometer 40 out of a planned 56.6 km. According to Ivo Velasquez, Project Manager for Mano a Mano Nuevo Mundo, the most difficult portions of the road, those that pass through rock and mountainous terrain, have been constructed and are in use by the local population.  The remaining 16.6 km will be completed in June, 2013.  About 515 families (3,090 individuals) live in Culpina.  At this point nearly 200 families are using the completed portion of the road to haul produce to market. 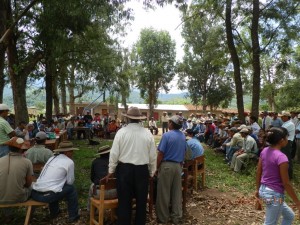 Meeting with the community in mid-January 2013

Mano a Mano consistently involves community residents in all aspects of its projects. We require that municipal officials and community leaders sign an agreement that specifies what each will contribute to the project. Prior to developing that agreement, the Mano a Mano project manager reviews the project plan and design with elected leaders to ensure that they understand what will be expected of them and how they will benefit from it. The required agreement was signed before Mano a Mano proceeded with the Culpina project.

The Culpina road project has presented formidable challenges, beginning with simply reaching the site. Travel from Cochabamba to Culpina takes 20 hours in a four-wheel drive vehicle.  The site itself is only accessible by horseback; transport of heavy equipment to the site takes 6 – 7 days. 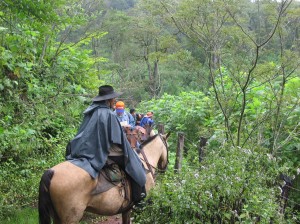 Traveling by horseback in El Palmar 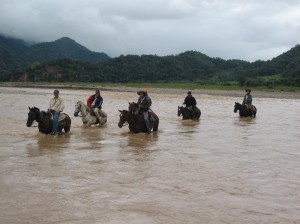 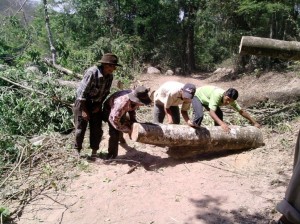 Thirty community volunteers work alongside the operators every day, clearing trees and brush, and delivering fuel.

During the rainy season, fuel and other needed items must be transported across several rivers by boat. 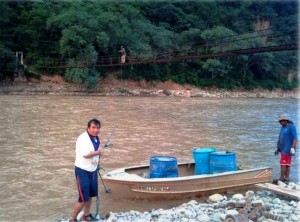 Transporting fuel to the road site

Adding to these challenges, an unprecedented flood washed out several completed portions of the road in 2012. This damage has been repaired and additional drainage pipes and depressions have been incorporated into the road to minimize damage should such severe downpours and flooding occur in the future.

As construction reaches the more heavily populated areas of Culpina more and more of it residents reap its benefits. When the road is complete in June, 2013, it will connect this region to main roads that travel to Cochabamba, Tarija, and Santa Cruz, each of which has major markets for produce.

In addition to Culpina’s 3,090 residents, we estimate that another 18,000 individuals will use this road as they transport both people and produce from one region of Bolivia to another.