A Story of Home Coming 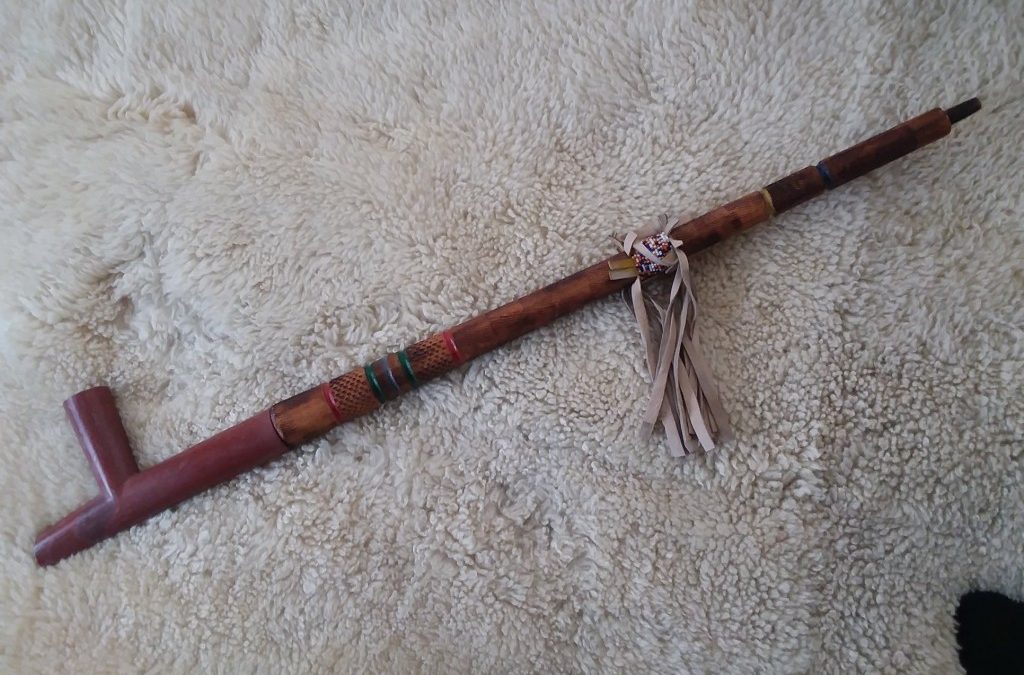 A Story of Home Coming

Home coming can mean many things to many people. Many of us have a home coming story that is dear to us. Here is one that will always have a special place in my heart.

Mano a Mano, where I work as a volunteer, gets hundreds of donations. Most of those donations are useful medical supplies and sometimes school supplies. All of these are greatly appreciated and sorely needed in Bolivia where Mano a Mano works in partnership with communities of indigenous people in the Andes Mountains and the Amazon River Basin. But sometimes certain donations don’t quite fit our needs and we look for others who can use these items. There was the gentleman from out on the East Coast who drove all the way to Minnesota to pick up a specialized exercise bike to help him with his Parkinson’s disease. The folks in the former Soviet Union who had me ship two special needs joggers for their handicapped children. Or there was the walking cane that turned into a pool cue that we sold to man in Arkansas. The money from all of these sales helped send hundreds of pounds of medical supplies to Bolivia. The one story I want to share here though is very different. 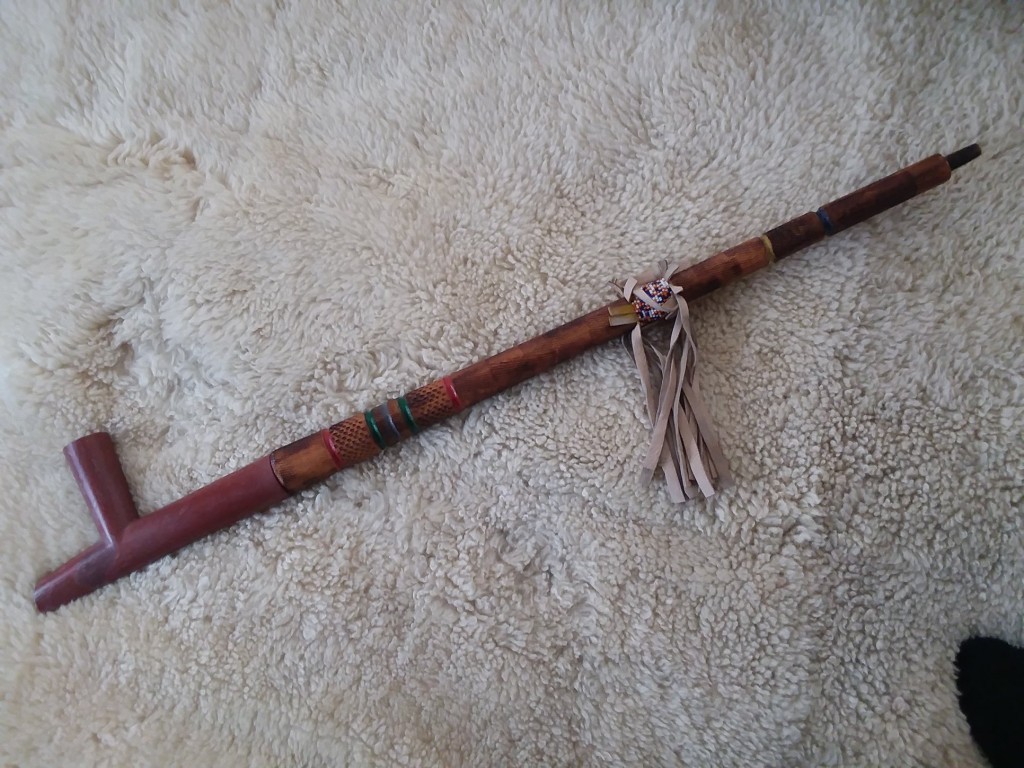 A few weeks back as we were sorting through boxes of materials from an anonymous donor, one of our volunteers brought the item pictured above to my attention. I had made a visit to Pipestone Monument in Southern Minnesota over the past year so I was fairly quick at identifying it. The red bowl portion I was pretty sure was made out of pipestone or catlinite as it is sometimes called. The stem portion along with the stone bowl is often mis-identified by white folks as a Peace Pipe. I would have called it that at that moment. What followed was my education in some Native American and in particular Minnesota Native American history. Thanks to several first people websites and my desire to learn and understand native history, written by native peoples, I can now say I have a greater appreciation for the traditional Native American Ceremonial Pipe.

The properly handled Ceremonial Pipe is sacred to native peoples here in the Americas. It is used in communication with their spirits or to honor some solemn event, some important meeting. Tobacco is always the main ingredient or part of a mixture of leaves and herbs that are smoked but never inhaled. It is the rising smoke that is to carry the message to the spirits. The pipe as it is pictured would never be kept whole when not in use. The two parts are always kept separate once the pipe has been blessed and put together only when it is to be used. The red stone that makes up the bowl of this pipe is distinctive to the quarries at the Pipestone Monument. It has been quarried there for thousands of years by native peoples of the Midwest but the stone was also traded from tribe to tribe all over the country.

I learned more than I can share easily here, but in the end, I had a much greater appreciation of the Ceremonial Pipe we had in our possession. Along the line I reached out to the Pipestone Indian Shrine Association at the Pipestone Monument. They were able to confirm the identification of the item as a Ceremonial Pipe and were even able to give me some idea as to who may have made it years ago. They thought it was probably made by a member of the Taylor family. Members of the Taylor family have been quarrying pipestone and making pipes for many, many generations. This pipe was probably older than I. 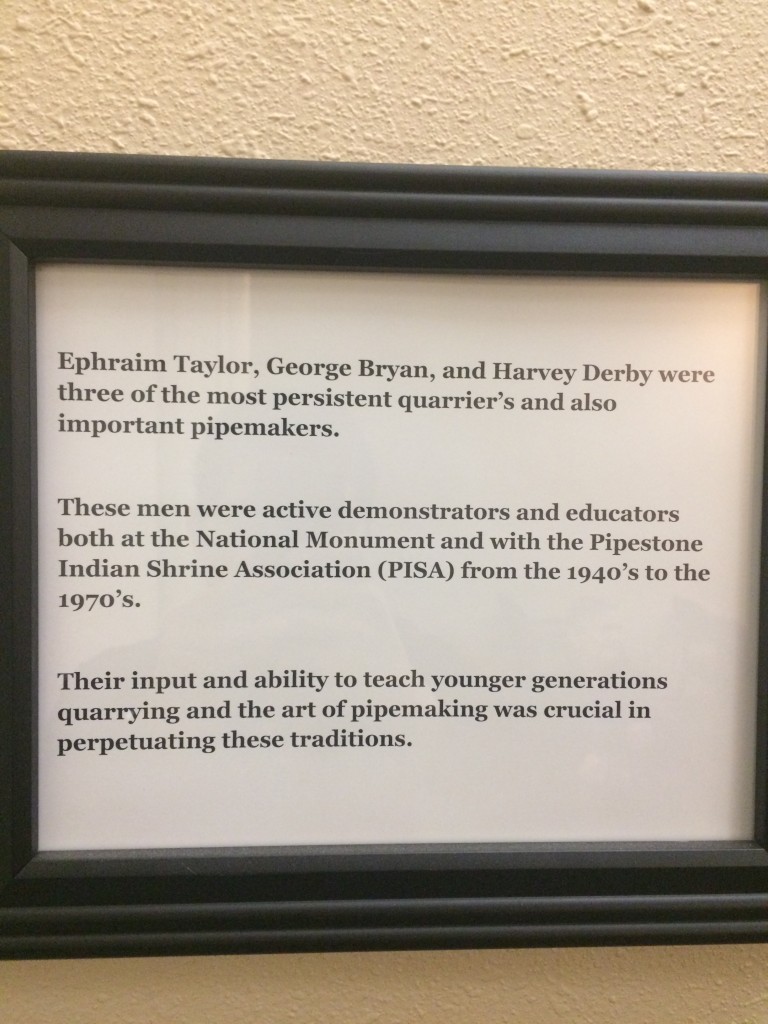 All that was left was for us to decide what to do with it. And fairly early on I realized it was not well kept in our hands. It needed to be in the hands of a native person or peoples who honored and respected it as being part of their traditions, their heritage. I asked the Association if they had a Ceremonial Pipe collection at the Monument. They did and they said they would be pleased to have it in their collection.

Last Tuesday we took the Ceremonial Pipe down to the Pipestone Monument; back to where its stone bowl was originally quarried many years ago…..back to where its sumac stem was hand drilled and beautifully decorated with leather, beads, and painted pyrography. It is now back in Native hands and it is a beautiful thing to know it is home. It was a gift from those native peoples served by Mano a Mano to those native people in the far North.

When I handed it to the woman she said,  “Thank you for bringing this pipe back home to us, to where it belongs”. 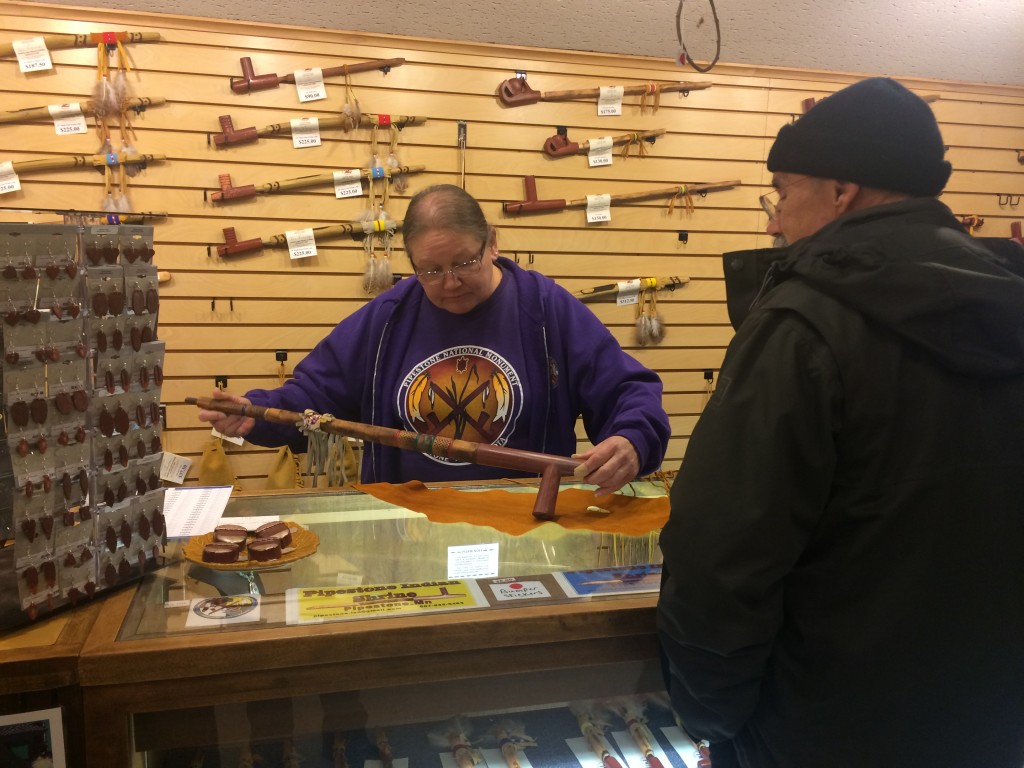 We may not be able to give back the lives ended or the land taken so long ago but we can still honor their sacred heritage.

Editor’s Note: This post was written by Mano a Mano Volunteer Ray Wiedmeyer, originally on his personal Facebook page.