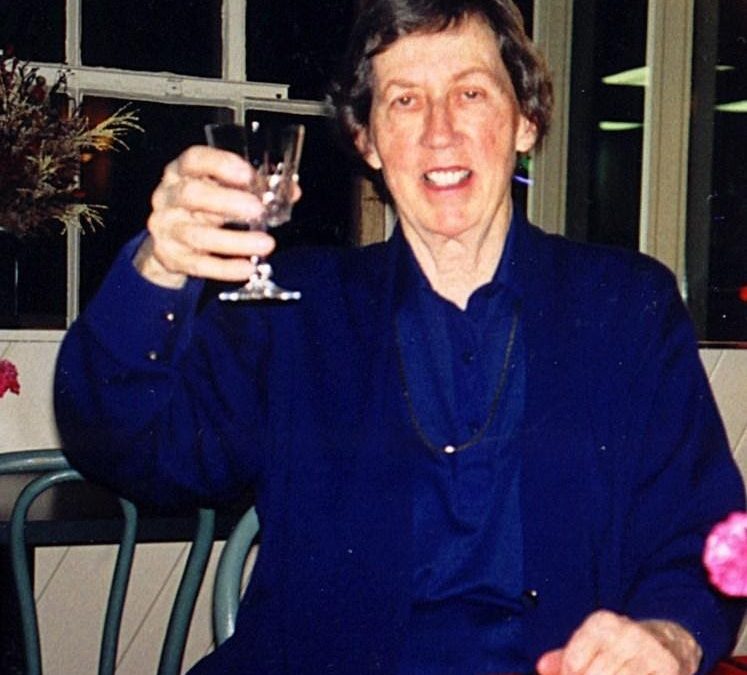 On July 4th, 2021, Gloria MacRae, one of Mano a Mano’s most dedicated volunteers, celebrated her 95th birthday! Gloria loves a party, but due to COVID-19 restrictions we weren’t able to celebrate in person with her the way she would like to. For every birthday since 1996, it’s become a tradition for Gloria to encourage friends to make a donation to Mano a Mano in her honor. Gloria made a $25 donation to Mano a Mano during our first year in 1994 and then, as she says, ‘it took over her life’.

So this year we asked Gloria’s many friends & family to send birthday cards and happy birthday wishes by video, and our co-founders Joan and Segundo Velasquez would surprise Gloria and share them with her in a smaller in-person gathering. (Sholom Home Care, where Gloria lives, currently has a two visitor limit.)

When we celebrated Gloria’s 70th birthday in 1996, we kept secret that more than 100 of her friends were raising funds to build the first Mano a Mano clinic in her name, “Clinica Gloria”. Imagine her surprise when we presented the gift: enough seed funding to build two clinics, Clinica Gloria I and Clinica Gloria II. These projects were what helped get our clinic program off the ground (we have now built 176 clinics throughout Bolivia). 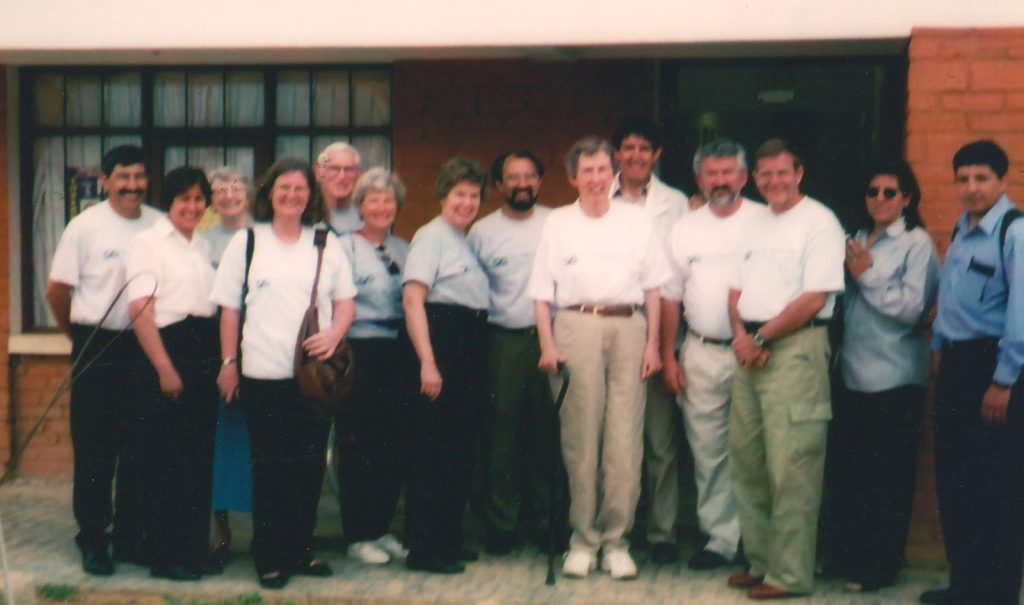 Gloria MacRae visiting one of the Mano a Mano clinics in Bolivia built with her support in 2000 (she is in the middle, wearing tan pants, to the right of Mano a Mano co-founder Segundo Velasquez).

Gloria Has Supported Mano a Mano on Every Birthday Since 1996

For her 75th birthday we had a new challenge. Northwest Airlines had donated 8,000 crystal glasses to Mano a Mano, which we planned to sell as a fundraiser. Gloria was our best salesperson; she even began carrying glasses in her purse to sell for $2 each to everyone she knew, and we raised over $16,000!

Over the years Gloria has recruited many volunteers and donors, always carries a Mano a Mano brochure in her purse, talks with everyone she knows about our work, requests donations of medical surplus, and the list goes on. She attends almost every Mano a Mano event and is our unofficial “official” greeter, including our last in-person event in September 2019 when we celebrated our 25th year in operation.

Gloria was born in Empress, Alberta, Canada on July 4, 1926. She emigrated to the U.S. to attend the University of Texas, became a medical technologist, and worked for a pharmaceutical company until age 35. Beginning to feel restless in her lab-focused job, she decided to seek another career and chose social work through the University of Minnesota’s masters program. She worked as a social worker at Gillette Hospital, Ramsey County, and Anoka State Hospital until she retired. Not one to stop at that point, she went on to teach English to spouses of foreign students, became the volunteer social worker for Macalester Plymouth United Church, served on the review board for the St. Peter Security Hospital, and adopted Mano a Mano.

For her 95th birthday, Joan and Segundo spent the evening with her at Sholom Home Care earlier this week: reading her many birthday cards to her, showing a video with birthday wishes sent by Gloria’s friends & family to Mano a Mano, and celebrating with her favorite French Silk pie. Mano a Mano received about $4,000 in honor of Gloria’s birthday this year; something that has been a tradition with Gloria and Mano a Mano for 20+ years.

Gloria shared her thanks in this video:

She is an amazing person that has touched so many lives, and we are happy that we were able to brighten her birthday this year to have, as Gloria says in the video, “one of the best birthdays I’ve ever had; it’s so much fun to be 95.”