Mano a Mano has been working on a large road project in El Palmar, Bolivia for years, which is now operational (we are still working on a few small elements, but the road is basically complete). Every project is a huge collaborative effort; read more about our partnership model here.

In the past month there have been two great examples of what the road can do for these communities.

This road has been one of the most challenging projects we have ever done, and it’s very exciting to see good things happening!

A few weeks ago (the end of June), seven buses with more than 300 teachers traveled to the town of El Palmar to take part in a congreso/conference of teachers from the municipality. It’s incredible that they chose to have a teacher conference in a secluded, isolated place like El Palmar; it was only possible because of the new road Mano a Mano built.

Prior to completion of this road, it would have taken many of the teachers 2.5 days on horseback, just to get close. 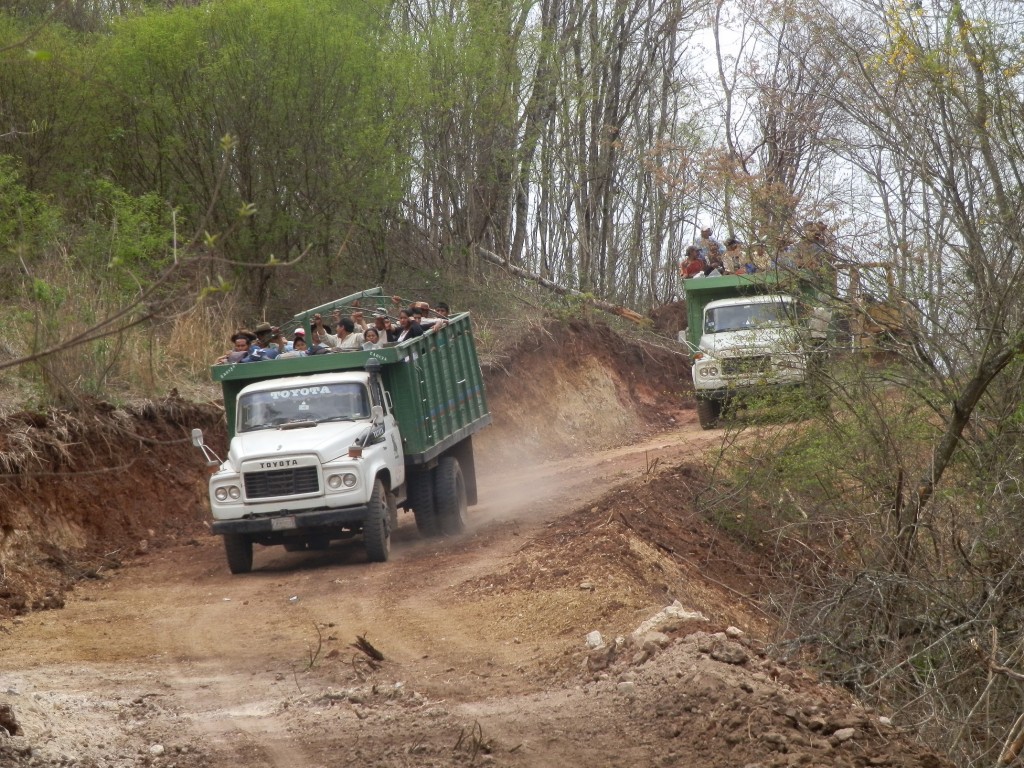 Our project manager Ivo Velasquez in Cochabamba, Bolivia heard about this during a conversation with an El Palmar community leader; he was hoping to travel to El Palmar to be present for the event but was unable to due to poor weather. The heavy rain and poor visibility meant that he could not fly there on the Mano a Mano plane, and to drive to the site from Cochabamba would have meant at least a 3-day round trip – some of the challenges of working in rural Bolivia.

Ivo sent us the following note about his trip to El Palmar over the weekend:

I wanted to let you know about our trip to El Palmar last weekend. On Saturday, August 9th, after a lot of analysis and evaluation of the poor weather conditions in Bolivia and El Palmar, we [our counterpart organization Mano a Mano Nuevo Mundo] decided to take a quick trip to El Palmar on the Mano a Mano plane with pilot Ivo Jr.

We left at 10a, and on the way from Cochabamba we picked up the governor of the department of Chuquisaca in Sucre; his plane would not have been able to land on the runway in El Palmar so he asked for our help. We arrived in El Palmar at 12.30p for an important meeting that was taking place in the main plaza. 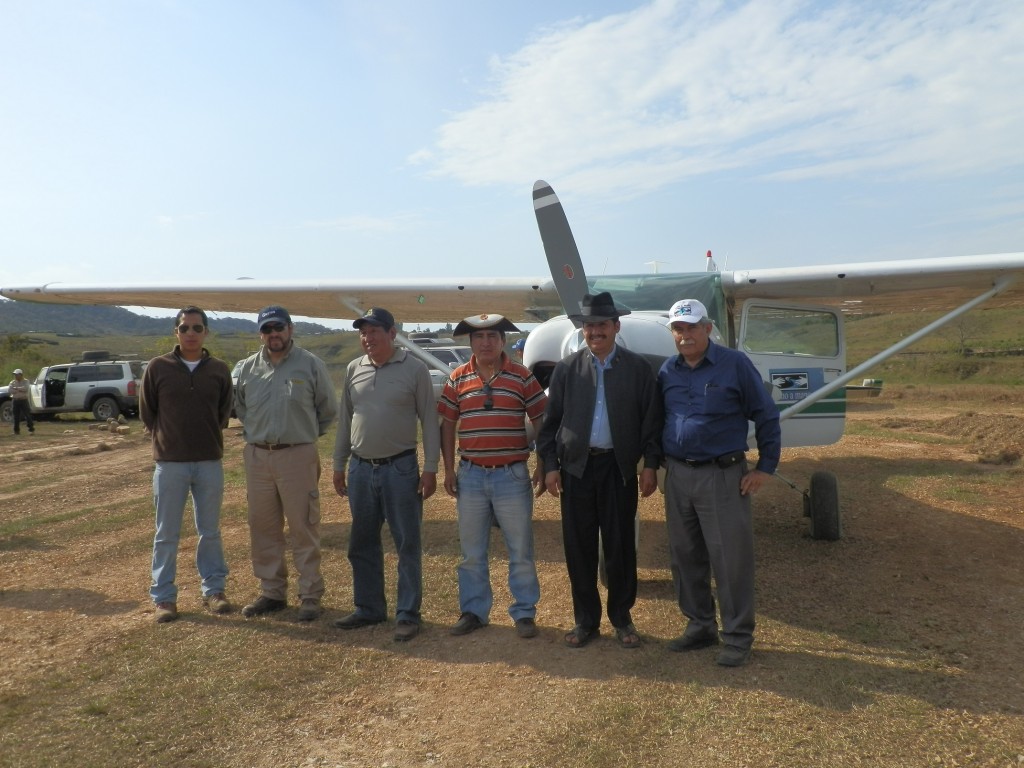 Arriving in El Palmar on the Mano a Mano plane.

As always there were a lot of people and many friends. A number of authorities were present for the event as well, including the Vice Minister of Agriculture, the Director of Road Services for the department of Chuquisaca, and many road engineers. The former mayor of Culpina, with whom we worked on the first road project we did there, left the stage during his speech to come over and greet us; he’s now a national authority for rural communities. 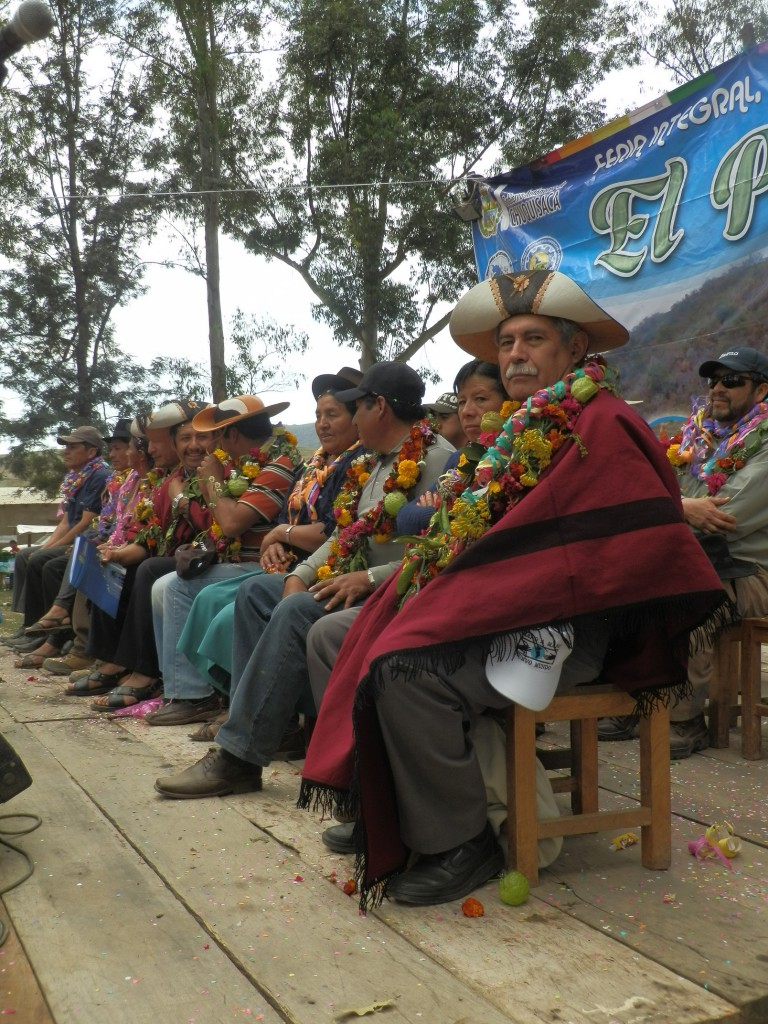 During the event, both the mayor of Culpina and the Governor of Chuquisaca recognized and thanked Mano a Mano for our work and support on the road project.

By 3p we were already on our way back to Cochabamba; we dropped the Governor off in Sucre, and returned with no problems.

One of our mechanics stayed in El Palmar to make some minor repairs on some of the Mano a Mano heavy equipment still working in the area, and to check the brakes on our pickup.

This was a good trip.

After hearing about our projects, the Governor is interested in collaborating with Mano a Mano on other projects, especially agricultural water projects.

Alongside the new road they are starting to install electrical lines, something that would not be possible without the road. Authorities from Tarija arrived for the event in El Palmar in only 4 hours; that same trip before the road would have taken many times that. 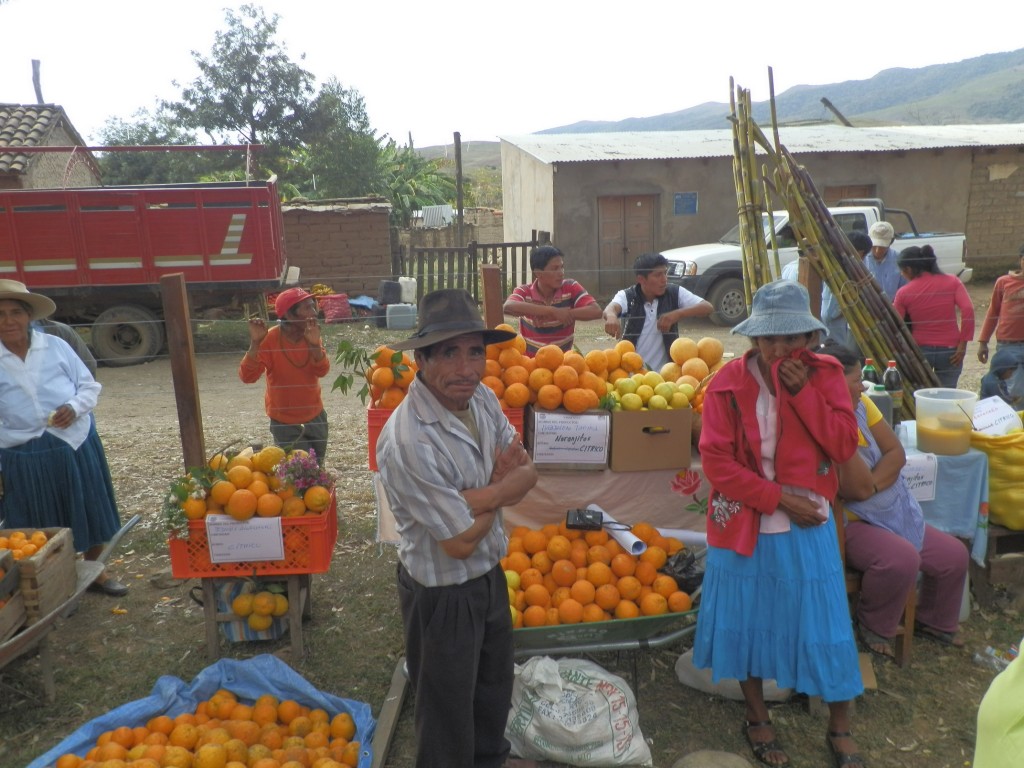 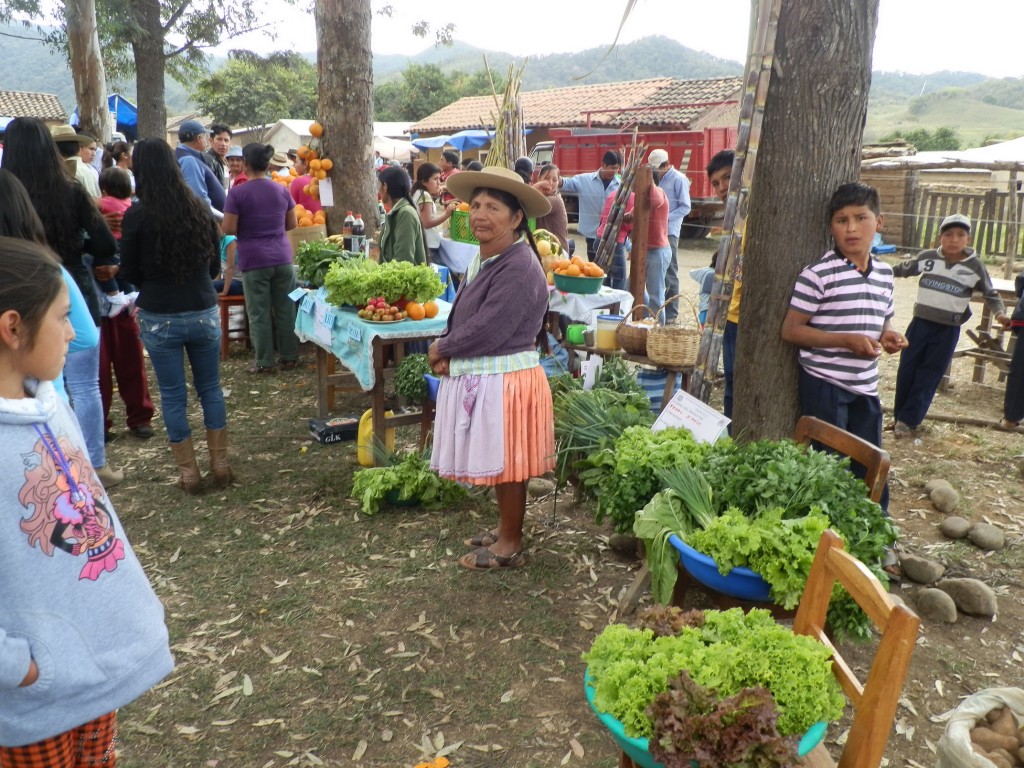 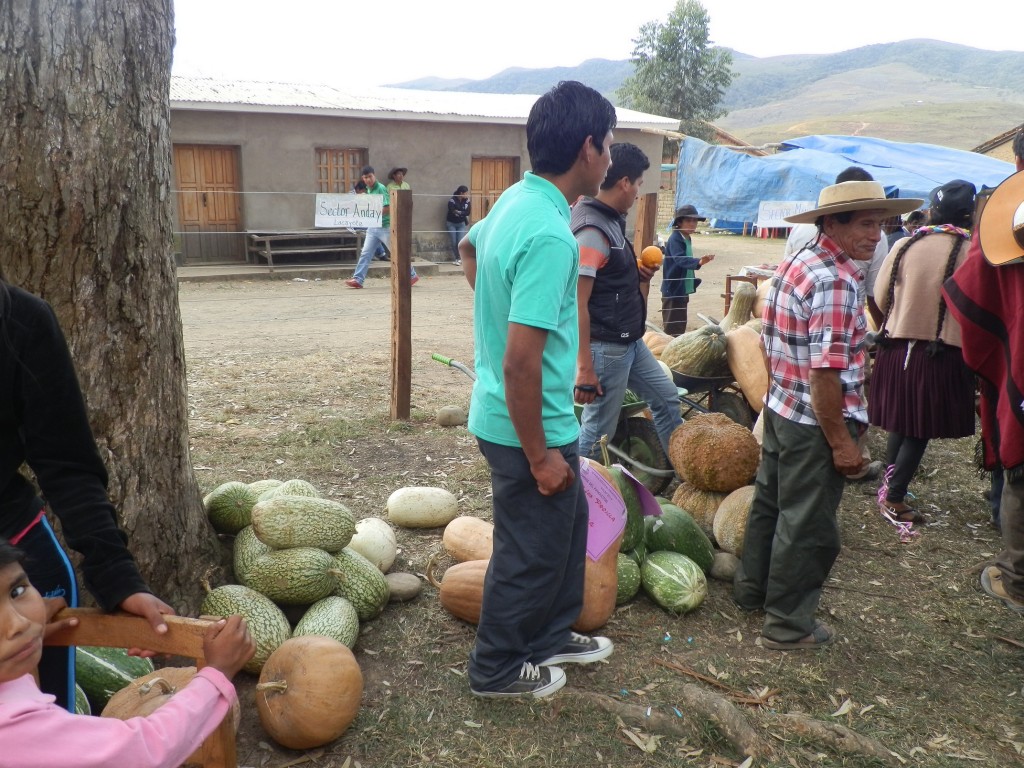